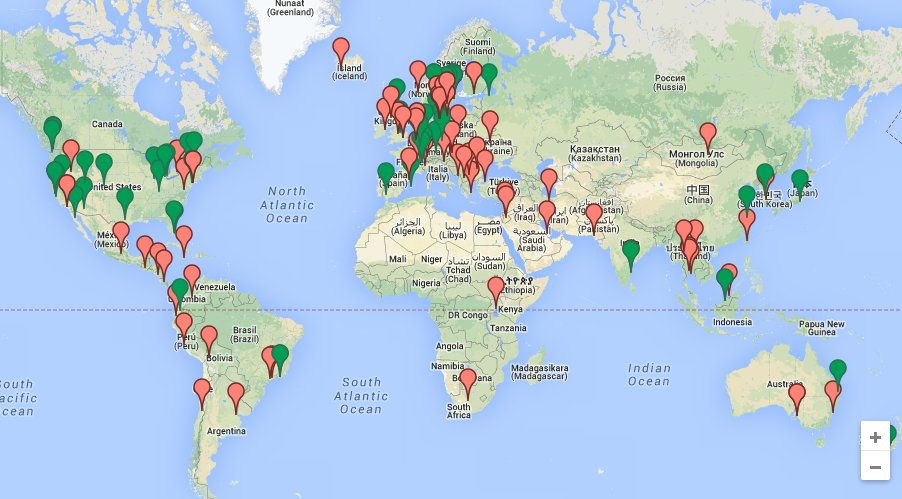 Are you a supporter, but don't see a mark on your city? Email lina@wgfilm.se and we'll get you on there! Do you know people that live in places that are not yet marked on the map? Could you ask them to donate a dollar to this campaign? That's all it takes, one dollar, to get another mark on this map and to show that we are many - everywhere.