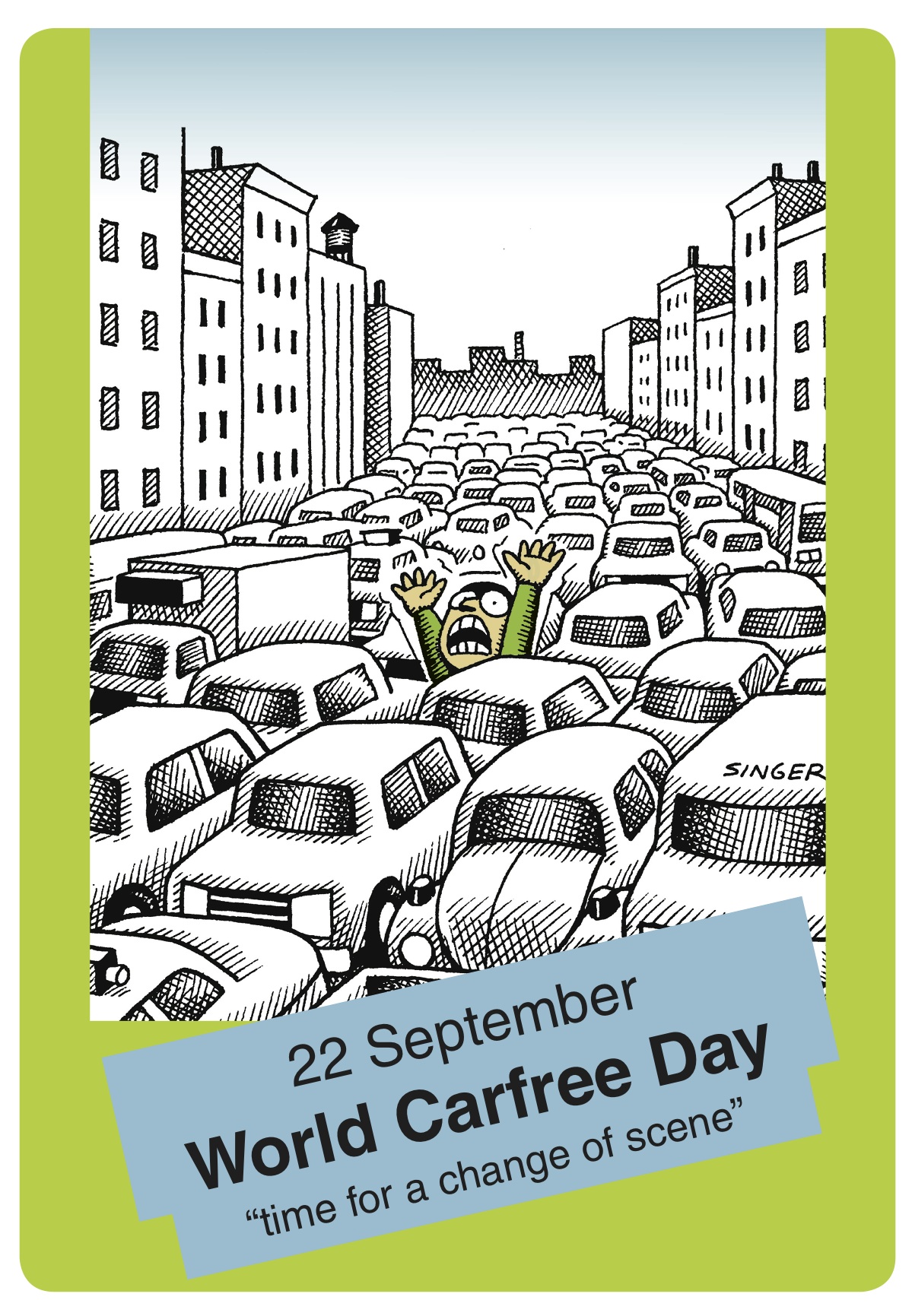 Since then, cities around the world have embraced the concept. This year alone, local events are planned in Bangladesh, Washington DC and Brussels, to name a few. In many cities, like Sao Paulo, Los Angeles and Mexico City, car-free days are not limited to September 22nd, but instead held regularly on Sundays. These events began over 30 years ago in Bogota as a response to the congestion and pollution of city streets.

It doesn’t take an official event to participate. Whether as a large group or an individual, anyone can make the decision to leave their cars at home for a day. By giving up just one 15km roundtrip commute by car, 3500 grams of CO2 are saved per passenger. Multiply that by 1000, 10,000, 100,000 - the effects are huge.

Check out the World Carfree Network’s website and facebook page for more about the history of World Car Free Day and information on local events.

And for youth looking for opportunities to help promote World Car Free Day and an environmentally friendly lifestyle, learn more here about Global Young Greens, a youth-led organization, working to support and unite the efforts of young people from a green-alternative spectrum around the world.