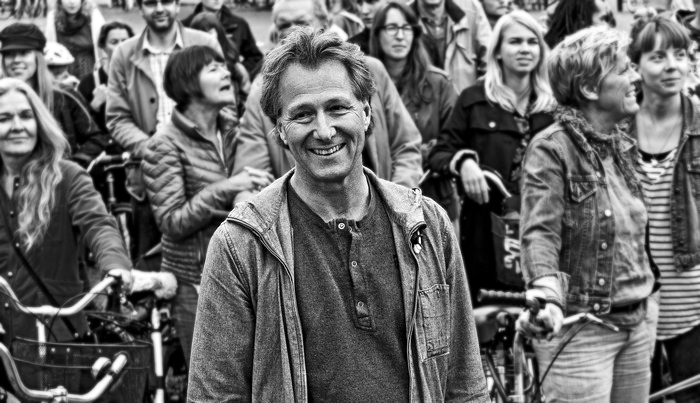 Born in a city where the bike is the natural choice for going from one place to another, I’ve travelled the world wondering why there are so few bicycles. Now, the car model as we know it has reached an extreme level with constant gridlock and millions of productive hours lost. Frustration is growing and cities need to look into new models.

The new urban biking is pushing this development. It’s a growing movement, which I’ve now seen around the world. People who simply put a sign on their bike saying “ONE LESS CAR.” A Do-It-Yourself attitude towards a global crisis.

It’s a positive message. If all cities adopted the model of Copenhagen, where forty percent commute within the city on bikes, it would be a radical change for the world. Something you can measure in health, pollution, oil usage.

And now the conflict. The car industry is in the center of our economic system. For the car owners and commuters that have become so invested in their lifestyle, it will be painful to change. It’s a conflict that interests me, and that is why I’ve decided to take on this project. A project of passion.