LA premiere of Bikes vs Cars

We've heard reports of an amazing Sunday night by the LA River, where Ambulante California closed their festival with the LA premiere of Bikes vs Cars. Thank you to the many of you who attended, including US executive producer Chris Paine and film participants Dan Koeppel and Don Ward, who represented the film on our behalf. We look forward to visiting LA again for our official US launch in December! 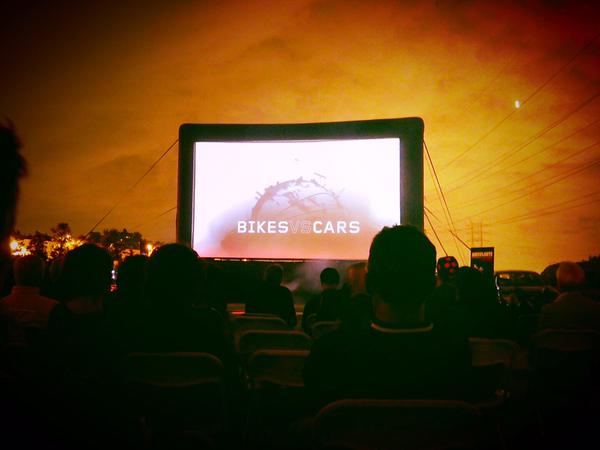 Thank you also to Danny Gamboa for helping to organize the many awesome guided bike rides to the screening and for the ride hosts, Ghost Bikes, CiclaValley, Walk Bike Glendale, Multicultural Communities for Mobility, Ride On Bike co-op Leimert Park Village and Black Kids on Bikes